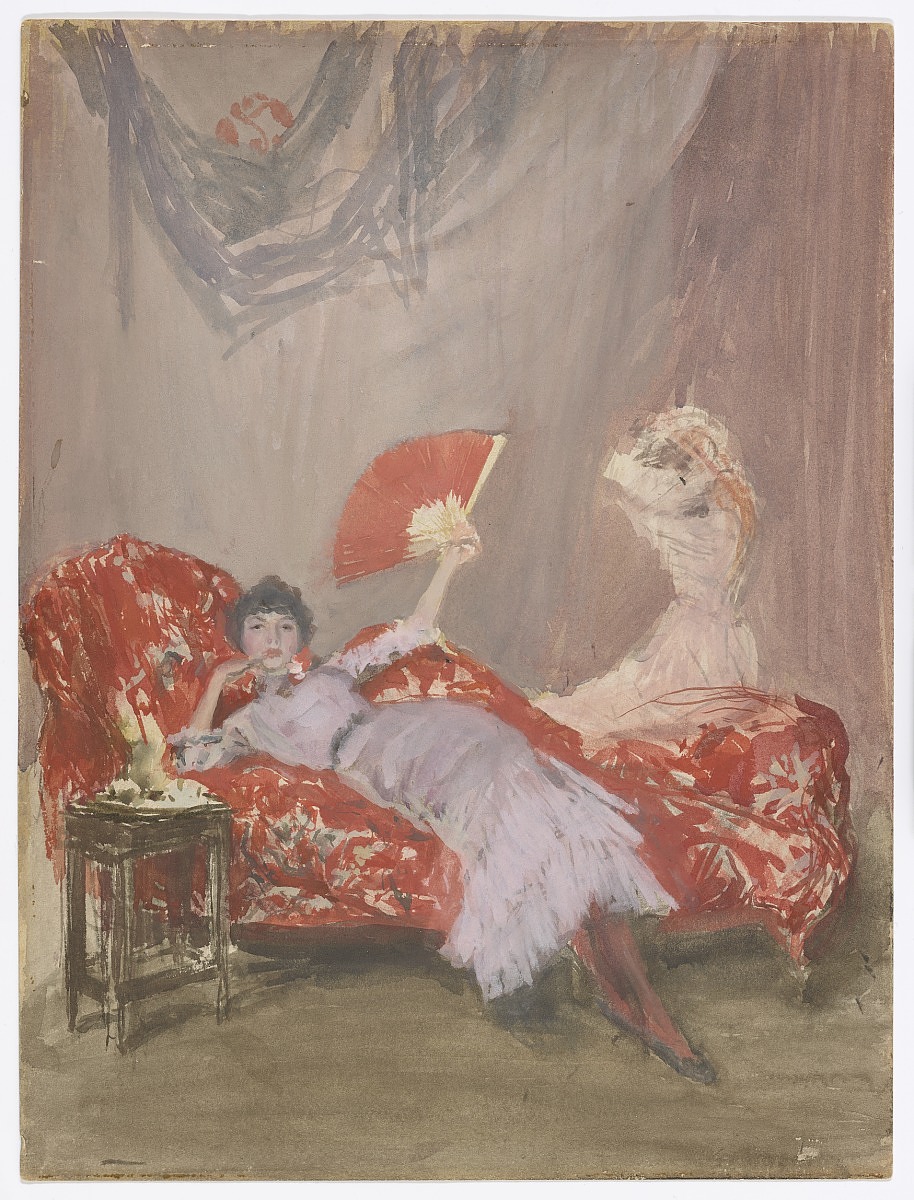 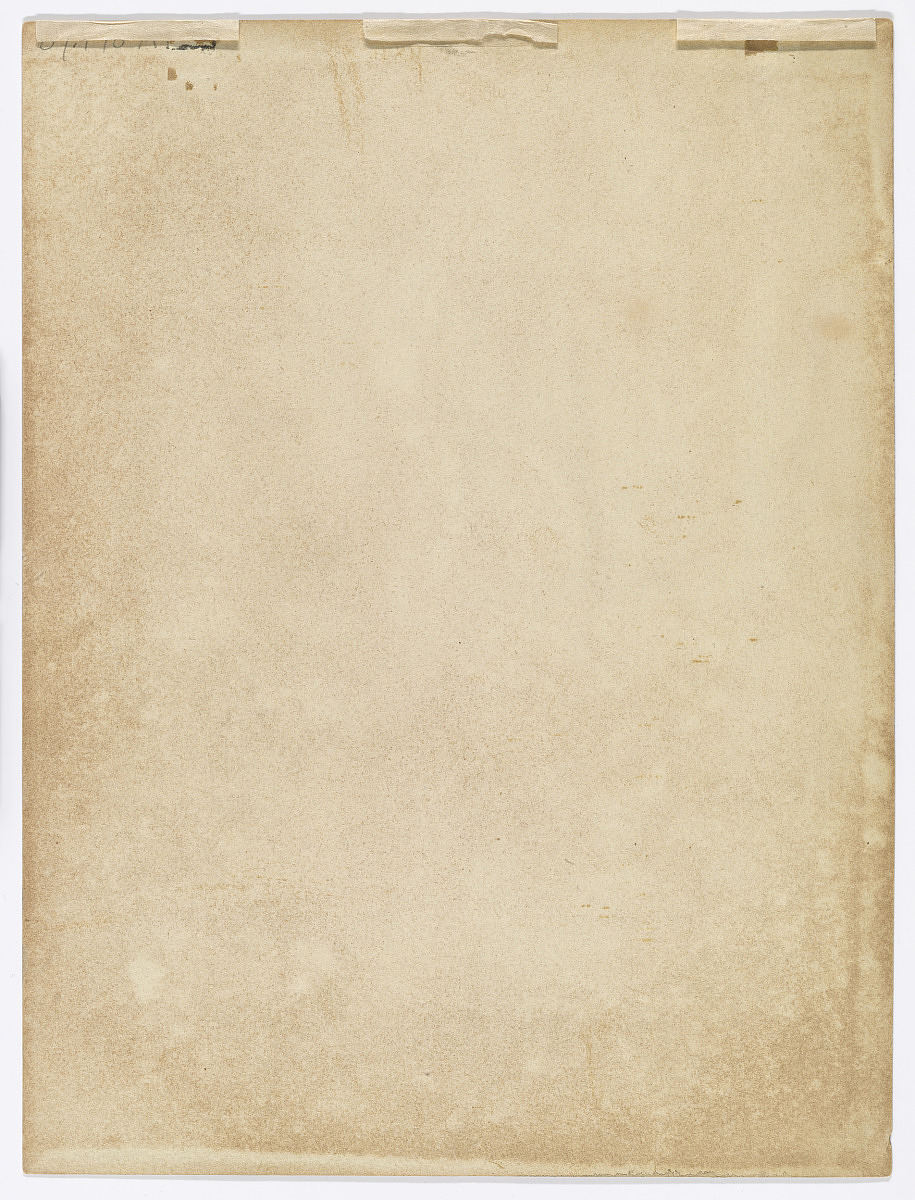 A young woman reclining on a sofa, her left arm raised, holding an open fan, with a second figure behind the sofa at the right; signed with the butterfly at upper left.

1. Glazer, Jacobson, McCarthy, Roeder, wall label, 2019:
An artist's studio in the late nineteenth century was regarded as a sanctuary of creativity and mystery. Whistler played on the appeal of the studio by welcoming patrons and collectors into his work space and providing a tantalizing peek behind the scenes. In Milly Finch, a model wearing a lavender dress poses provocatively on a red chaise lounge. In Note in Pink and Purple, Milly sits demurely with her hand in her lap. The identical dress, chaise, table, and drapery swag are present in both works, yet the mood is quite different. This illustrates how Whistler used his studio, with its theatrical trappings and bohemian intrigue, much like a performance space.

Selected Published References
1. Curry: James McNeill Whistler at the Freer Gallery of Art, Pg. 201
During the early 1880s, Whistler created a number of oils and watercolors using the model Milly Finch. The group as a whole forms another block of evidence placing Whistler firmly within the context of French modernism. This watercolor, with Miss Finch reclining and holding a large fan, seems close to a host of women with fans on couches painted by Manet during the previous two decades [see Edouard Manet, Le Repos, 1870, oil. Rhode Island School of Design]. Whistler's image is a composite, for a partially finished nude sits at the other end of the couch. The portrait lacks specific overtones of either Spanish or Japanese exoticism, yet hot colors and a languid pose, with Miss Finch's little finger raised to her lips and her bright red fan held aloft, are as suggestive as some of Degas's pastels of café-concerts, where singers on stage arrange assignations by signaling with their fans. 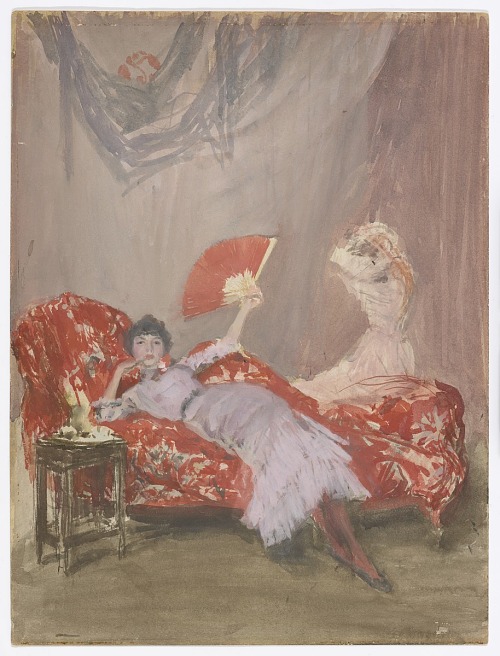