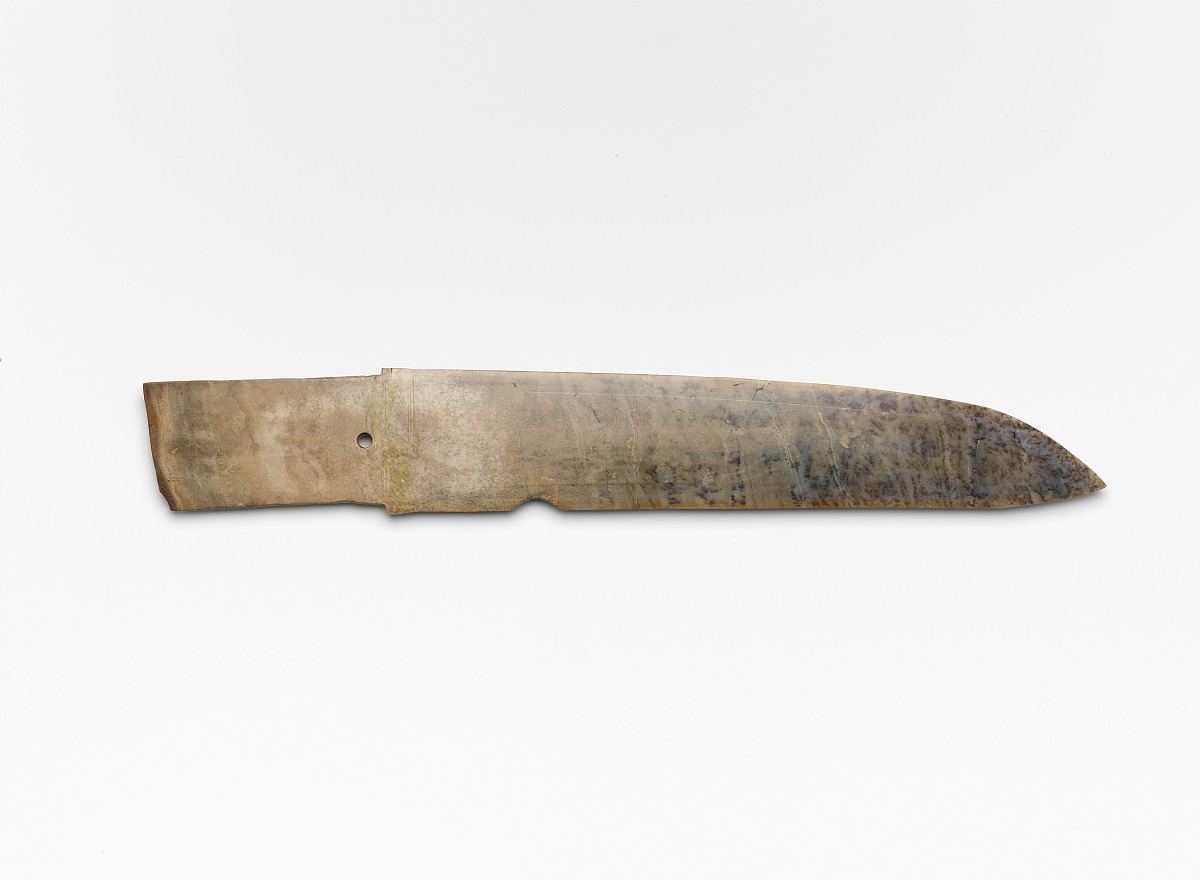 [5] You Xiaoxi (Seaouke Yue) sold several objects that were part of Duanfang's collection from 1916-1919; he acquired these objects through the family of Duanfang. Seaouke Yue cites the Duanfang provenance in documentation from the American Consular Service, see: "Special Certificate from American Consular Service," signed by Charles E. Kline, American Vice Counsul, May 20, 1919, copy in object file. This object is included in the inventory of box II as number 63. In this certificate, Yue states that he acquired from the Duanfang [Tuan Fang] collection in October of 1918.

[7] See note 5. Upon purchased from Seaouke Yue, Freer had this object - and others purchased from Yue at the same time - immediately shipped to the Smithsonian in Washington, D.C. See: "Special Certificate from American Consular Service," cited in note 4.

[8] The original deed of Charles Lang Freer's gift was signed in 1906. The collection was received in 1920 upon the completion of the Freer Gallery.

Description
Large emblematic weapon of the type ko [ge] 戈 (Broken in two and mended; one chip missing). Mottled gray, black and brownish nephrite, somewhat translucent; decorative band of parallel and criss-cross lines engraved on the butt of the blade; a conical perforation in the tang; inscription of thirty characters.

This large blade is remarkable for its size as well as the characters incised near the blunt end; in contrast to bronzes, only a few jades carry inscriptions. The brief text mentions the trip of the Taibao (Grand Protector) in his role as emissary from the Western Zhou king to oversee affairs in the south: "On the bing yin day of the sixth month, the king was in Feng. He ordered the Taibao to inspect the southern territories, lead the army to the Han [River], and administer the south. [The king] ordered Marquis Li to use [. . .] and one hundred foot soldiers.”

This blade known as ko [ge], based on the shape of the metal dagger axe, is first found at the early Shang site at Erh Li t'ou [Erlitou], Honan [Henan].

This large ceremonial object is remarkable for its size as well as for the characters incised near the blunt end. The brief text mentions a trip made by the Grand Protector (Taibao) to oversee affairs in the south as part of his role as an emissary during the Western Zhou dynasty (circa 1046–771 BCE). The carved inscription style, with each stroke ending in a point, resembles oracle bone script in execution, but the structure and composition of various characters are nevertheless closer to that of large seal script.

The Grand Protector (Taibao)
Thousands of years ago in China, these two inscribed objects belonged to the famous Duke Shi of Shao, who was also known as the Grand Protector or “Taibao.” He played a pivotal role in the Zhou conquest of the Shang dynasty around 1050 BCE and is considered a “founding father” of the Zhou dynasty, which endured eight centuries until 221 BCE. The Taibao also helped to suppress a three-year rebellion that arose after King Wu, the first Zhou monarch (and the duke’s half-brother), died and left an heir who was too young to rule. This jade blade and bronze container were reportedly unearthed in Shandong province in the nineteenth century, probably within the ancient territory at Shao once owned by the Taibao.

This is one of the largest jades to survive from ancient China. While the shape is based on early Bronze Age weapons, its exceptional size and thinness indicate it was a symbol of power meant for public display, not battle. The incised inscription near the base of the blade—rare among early jades—commemorates the Taibao successful mission to the south during the early years of the Zhou dynasty. In appreciation, the king presented this valued antique blade to the Grand Protector, who had it inscribed with a new text:

“In the sixth month on the day bingyin the king was at Feng [west of modern Xi’an. He ordered the Taibao to inspect the southern states along the Han [River]. . . . [He] commanded the Lord of Li to assist, using one hundred infantrymen.” 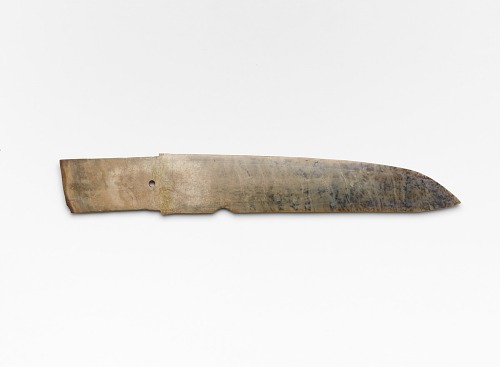