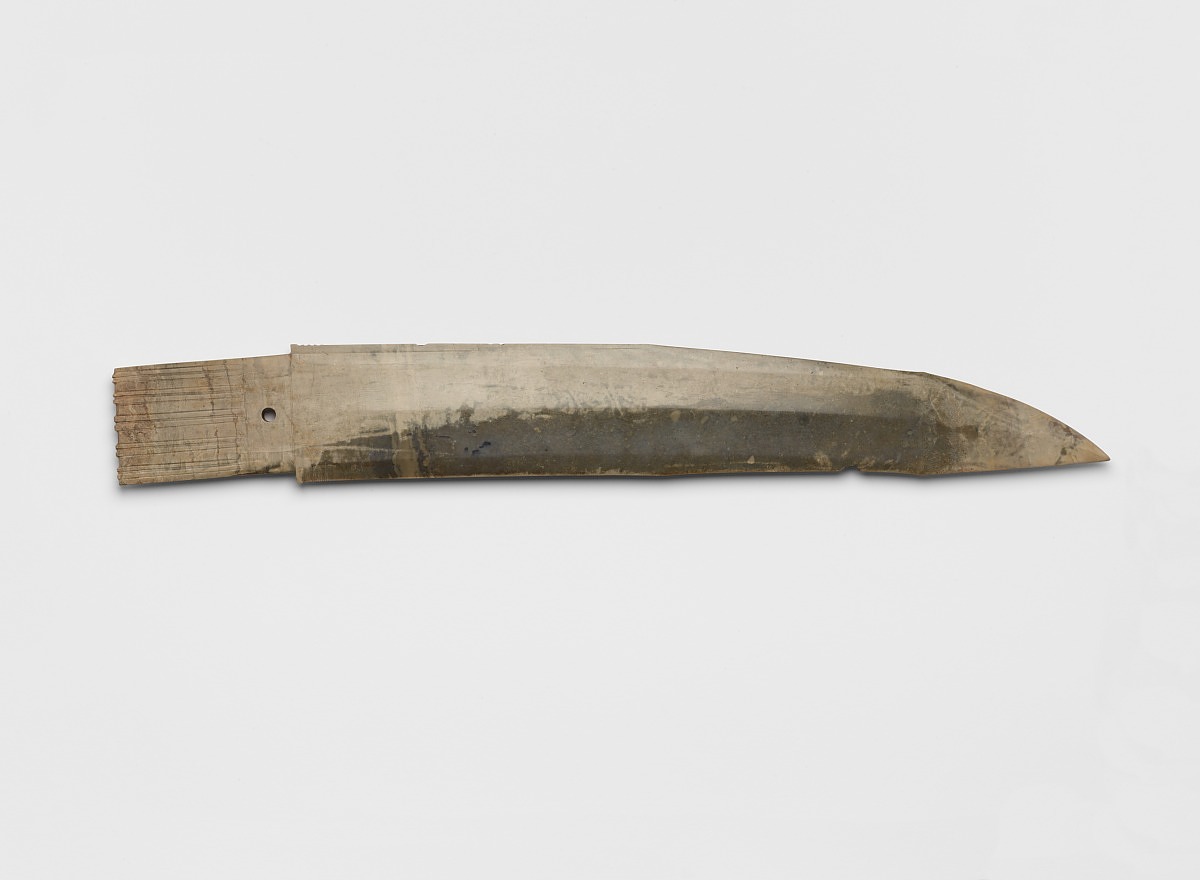 [1] According to Curatorial Remark 2 in the object record. This object was first published in the West in Berthold Laufer, Jade: A Study in Chinese Archaeology and Religion (Chicago: Field Museum of Natural History, 1912), pl. IX, pp. 40-41. Laufer saw this object in Beijing while it was still in the possession of Tuan Fang [Duanfang] 端方 (see documentation in accession file, F1918.1, Paragraph 2) from whom he obtained a photograph of it and information to the effect that it "was dug up in 1903 not far from the old city in Feng siang fu / Feng hsiang Fu [Fengxiang fu] 鳳翔府 in Shensi [Shaanxi] 陝西 province from a considerable depth . . ."
[2] See notes 1 and 3.

[6] The original deed of Charles Lang Freer's gift was signed in 1906. The collection was received in 1920 upon the completion of the Freer Gallery.

Description
Large emblematic weapon of the type ko [ge] (one chip missing). Opaque nephrite mottled and striped in shades of gray and yellow gray. Carved and engraved with parallel ridges and lines in various patterns; a conical perforation in the tang.

Acquired with an inscribed wooden box.

Like the bronze vessels, jade blades were used solely in rituals. Monumental blades like this one are quite rare; few display the carefully shaped and faceted blade, finely ground ribbing, and delicate surface patterns of this example. Its size and artistry imply exceptional status for the owner. 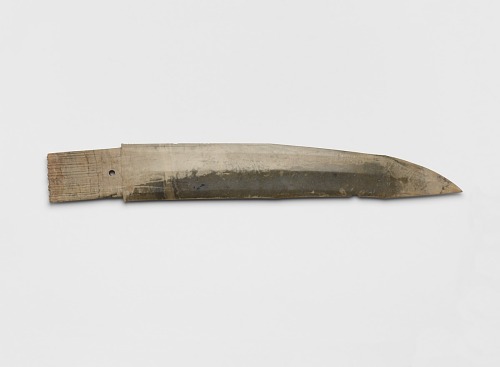