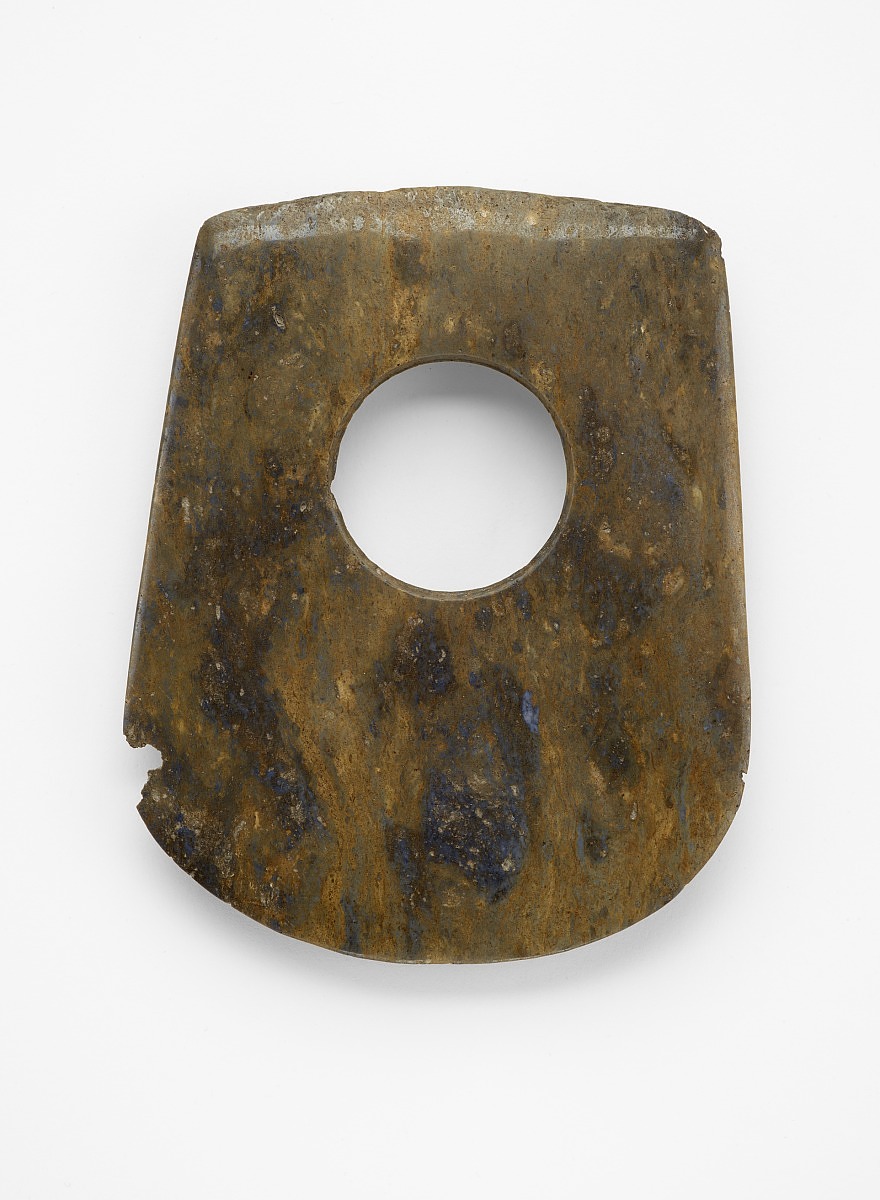 Credit Line
Collection of Eugene and Agnes E. Meyer. Gift of Elizabeth Meyer Lorentz in honor of the 75th Anniversary of the Freer Gallery of Art

[1] According to information provided by Thomas Lawton, the jade had been a part of the Meyer family collection for an extended period of time, see Jenny F. So’s Report, July 1997, in object file.

Acquired with a box.

Functional tools and weapons, such as axes (fu 斧), forked blades (zhang 璋), and halberds (ge 戈), inspired ceremonial forms that probably served as symbols of power. Typically made too thin for actual farming, hunting, or warfare, these luxury objects were also made too large for practical use but are quite suitable for display. Bored holes indicate where the blades may have been attached to perpendicular shafts as handles. 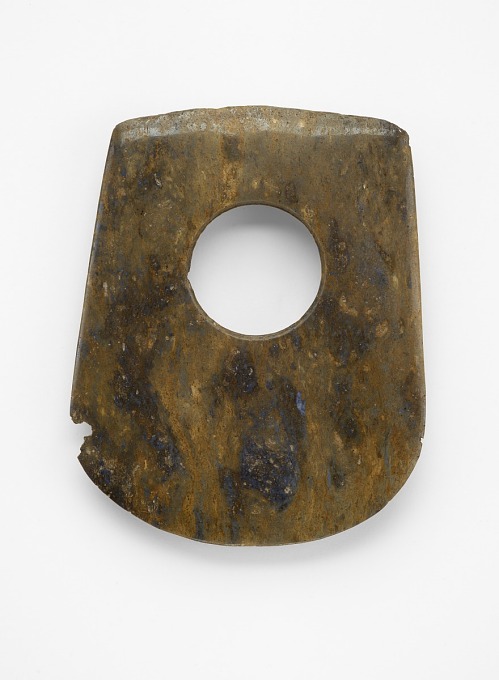