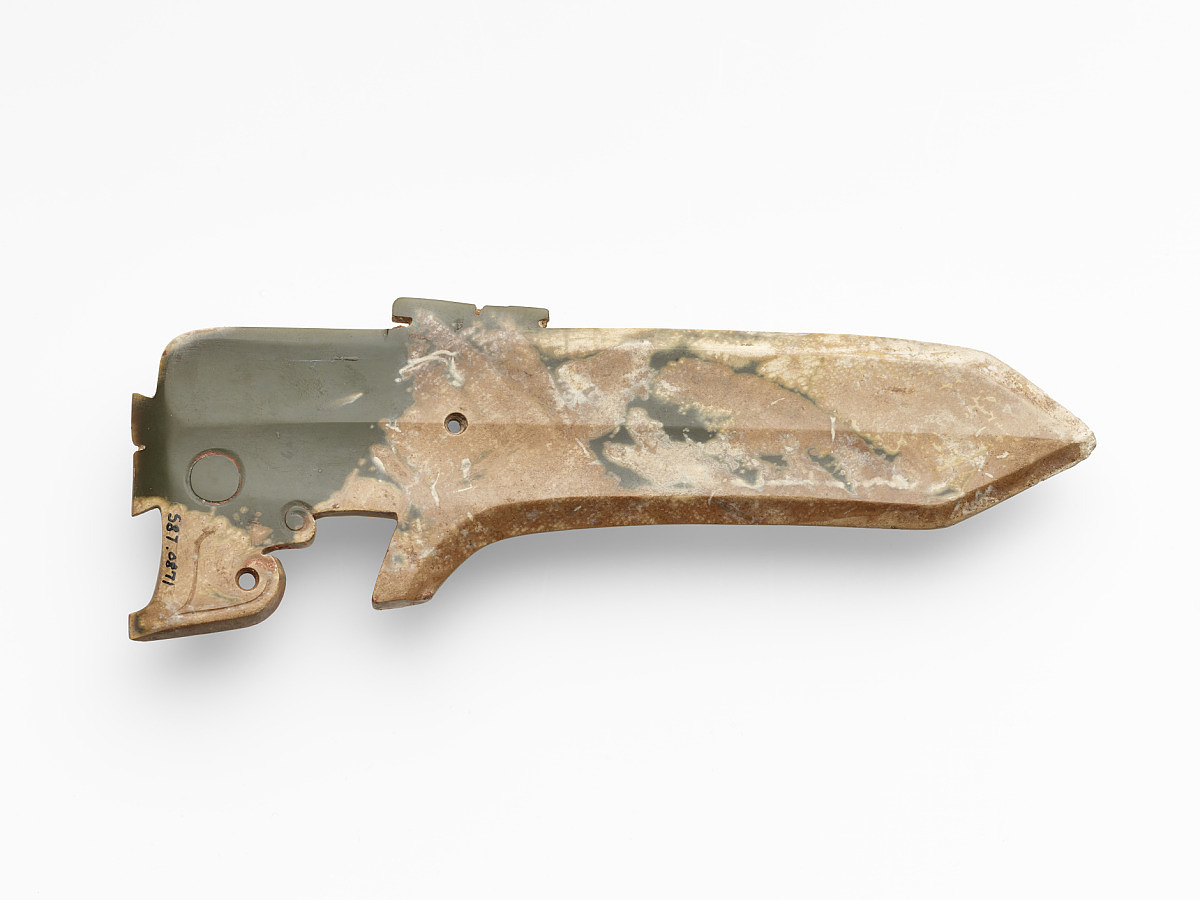 [4] Pursuant to the agreement between Arthur M. Sackler and the Smithsonian Institution, dated July 28, 1982, legal title of the donated objects was transferred to the Arthur M. Sackler Gallery on September 11, 1987.

Description
This highly polished jade ge 戈, or dagger-axe, has a straight blade and symmetrical tip. There are projections on the top and bottom edges of the dagger-axe coinciding with the small circular perforation that interrupts the pronounced median crest, which extends from the tip of the blade to the butt end of the tang. The projection on the top of the blade is notched in the center and at the butt end. The projections on the lower edge of the blade are more elaborate. A curving form extends downward to define a vertical edge, or hu 胡, of the type commonly seen on bronze ge 戈. More intricate is the projection that descends from the butt end of the dagger-axe. A small curvilinear element at the edge of the blade is repeated below. Incised lines reinforce the contours of this projection. The lower curvilinear element is perforated. A larger circle that resembles an incomplete perforation appears on the lower portion of the butt end of the tang. (Largely calcified, with powdery area on handle butt, front; minute nicks in pointed edge; cinnabar and soil adhering.) 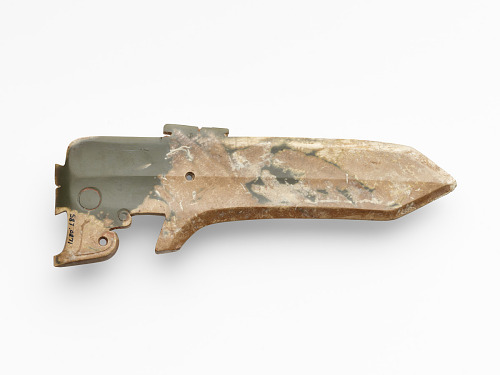