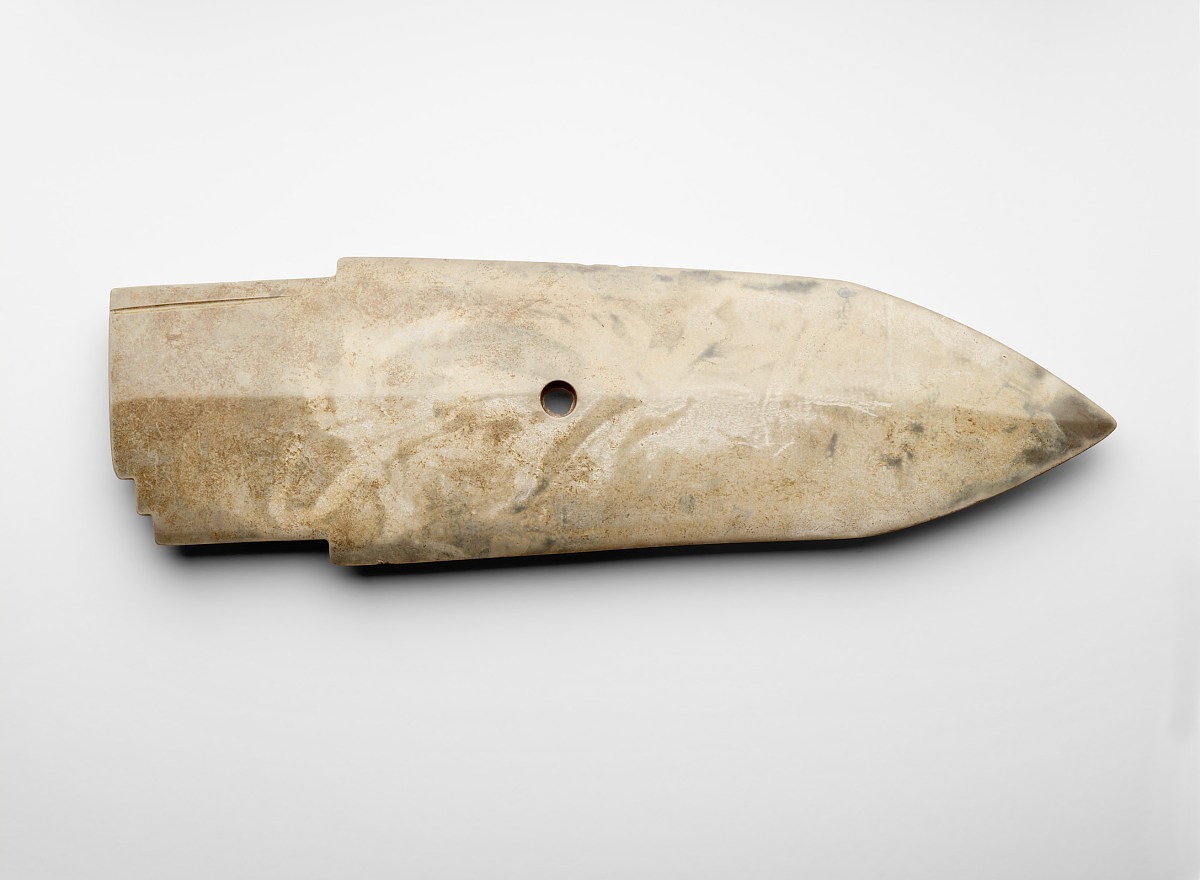 [1] See note on Arthur M. Sackler, M.D. letterhead acknowledging the "purchase and receipt of 17 pieces of stone carvings of the Shang, Yin-Chou and Chou periods from the Dietrich Abbes collection. The price in full, exclusive of commission, will be paid as indicated by this note in two installments," copy in object file.

[3] Pursuant to the agreement between Arthur M. Sackler and the Smithsonian Institution, dated July 28, 1982, legal title of the donated objects was transferred to the Arthur M. Sackler Gallery on September 11, 1987.

Description
This jade ge blade is beveled along the upper and lower edges. The tip of the blade is not beveled but has sloping faces. A prominent median ridge runs from the tip of the blade, through the central perforation, to the tang. One corner of the butt end of the tang is decorated with two receding steps. (Mostly calcified; few nicks, mostly old; brown surface substance; ridge depressed one side—flaw?) 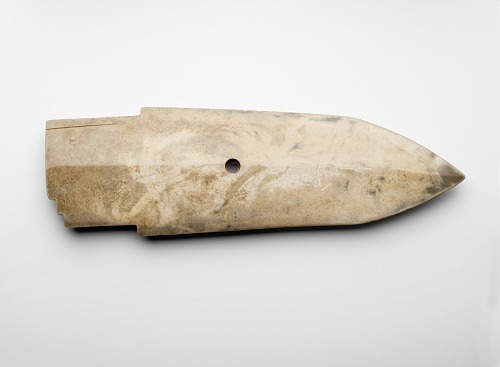