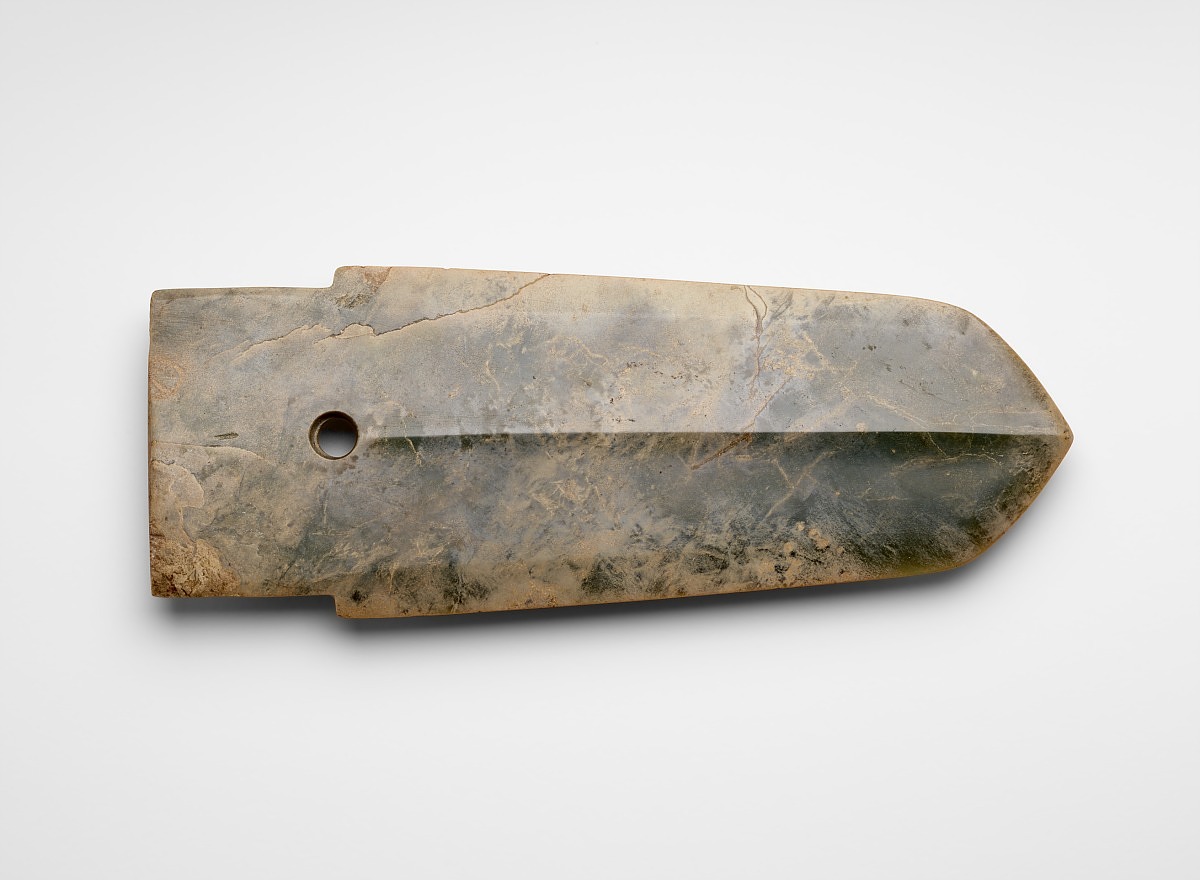 The blade known as ge, based on the shape of the metal dagger axe, is first found at the early Shang site at Erlitou, Henan. A ge consists of a long blade beveled to a sharp edge on the sides, usually with a median crest; a projecting crosspiece with a perforation at the base of the blade; and a narrower butt, or tang, which may be plain or ribbed. Ge blades display great variations in size, from miniature to enormous. This variety of size is understandable in view of the fact that the jade blades were intended only for ceremonial and symbolic purposes, rather than practical use. Small ge blades are occasionally mounted in bronze handles, usually adorned with inlaid turquoise. Some blades have a finely incised linear pattern at the back and just in front of the perforation. 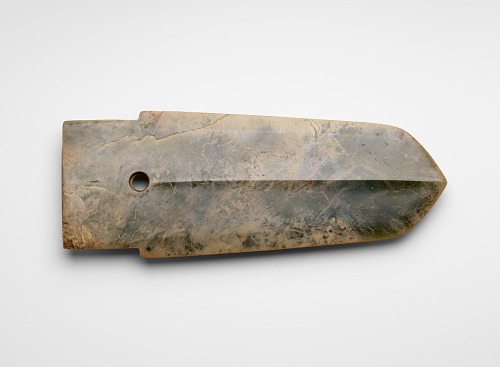